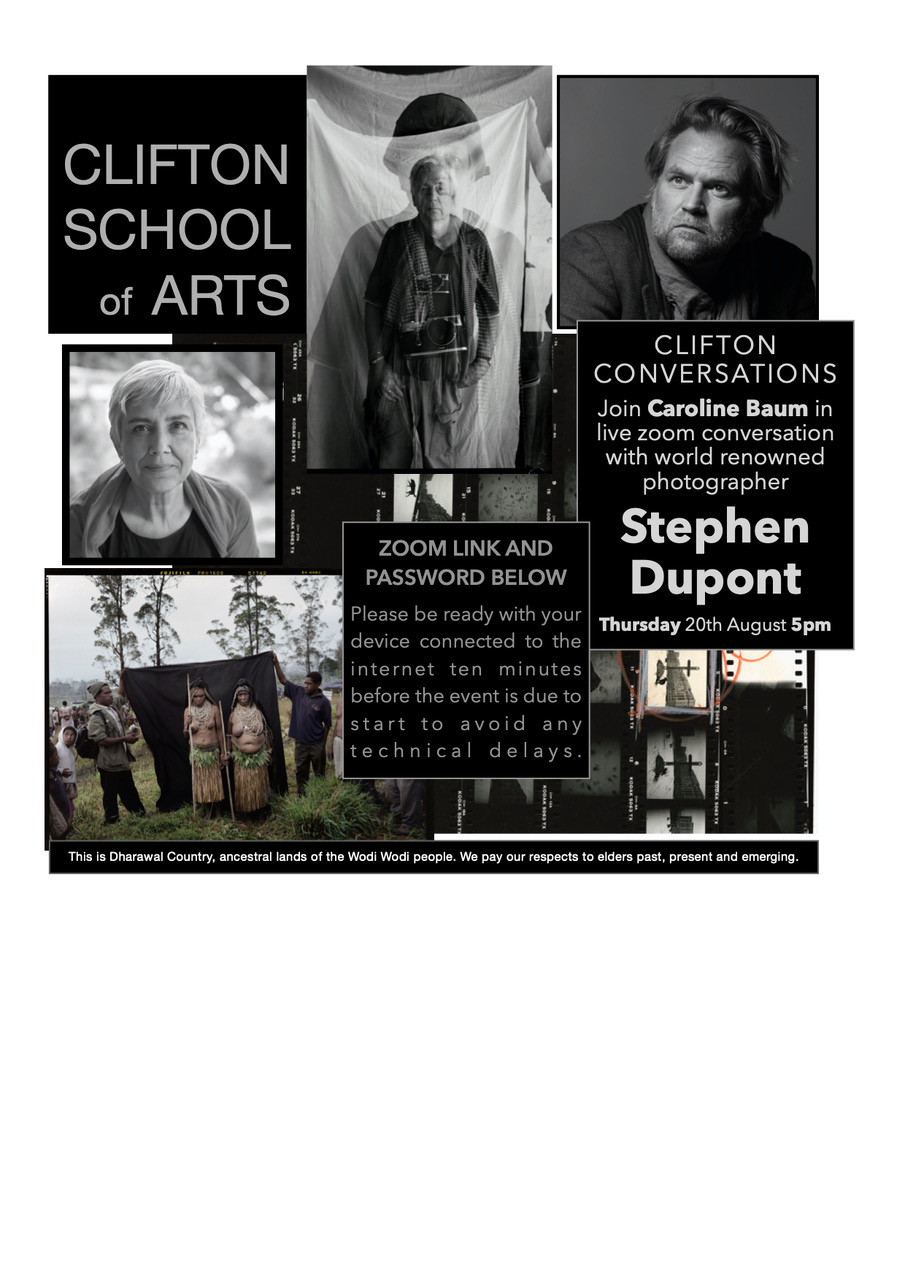 Stephen Dupont is an Australian artist who works with photography and documentary film. He is mostly committed to long term personal projects. Born in Sydney in 1967, he grew up in the western suburbs and Southern Highlands under tough social conditions and displacement, with social worker parents, who were full-time carers of state wards. Stephen is recognised around the world for his concerned photography on the human condition, war and climate. His images have received international acclaim for their artistic integrity and valuable insight into the people, culture and communities that are fast disappearing from our world.

Dupont’s work has earned him photography’s most prestigious prizes, including a 2005 Robert Capa Gold Medal citation and the 2015 Olivier Rebbot Award from the Overseas Press Club of America; a Bayeux War Correspondent’s Prize; and first places in the World Press Photo, Pictures of the Year International, the Australian Walkleys, and Leica/CCP Documentary Award. In 2007 he was the recipient of the W. Eugene Smith Grant for Humanistic Photography for his ongoing project on Afghanistan. In 2010 he received the Gardner Fellowship at Harvard’s Peabody Museum of Archaeology & Ethnology.

In 2017 his one man theatrical show “Don’t Look Away” world premiered at the Museum of Old & New Art (MONA) as part of  Mona Mofo (MONA’s festival of Music and Art). Performances continued at Sydney’s Eternity Playhouse Theatre, Museum of Contemporary Art MCA and at the Melbourne Writers Festival.

Dupont has twice been an official war artist for the Australian War Memorial for his photography, with commissions in The Solomon Islands (2013) and Afghanistan (2012).

He holds a Masters degree in Philosophy and is regularly invited to give public talks about photography, film and his life in Australia and around the world.